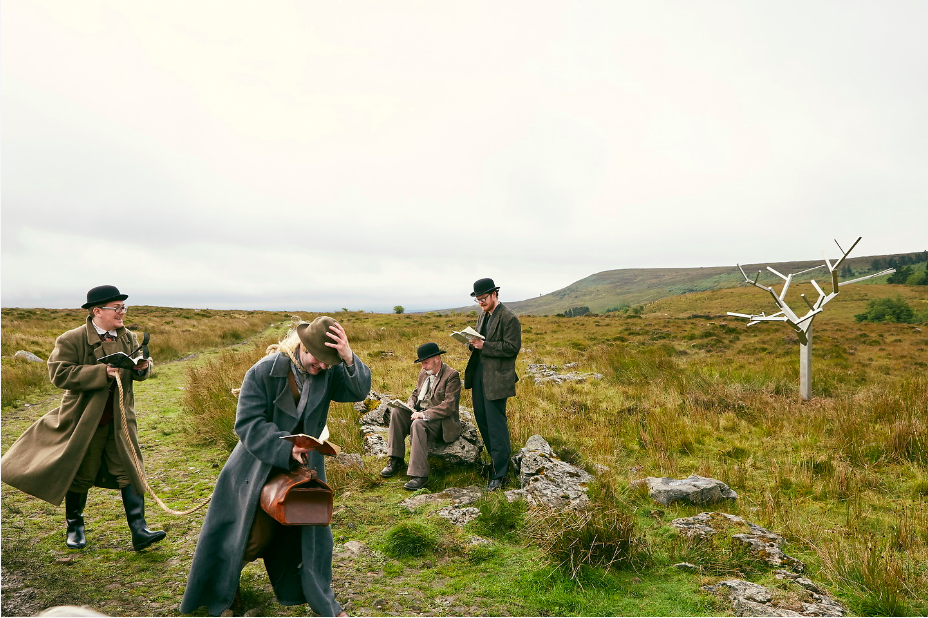 ‘At this place, at this moment, all mankind is us’

Arts Over Borders, a series of three international bio- festivals on the work of Beckett, Friel and Wilde will take place this summer between 25thJuly and 18thAugust. The first festival to take place is Happy Days Beckett festival (25th-28thJuly) followed by A Wilde Weekend (2nd-5thAugust) and ending with Lughnasa FrielFest (9th-18thAugust).

The festival, created by curators Sean Doran and Liam Browne, will extend across four counties from Fermanagh to Donegal, Tyrone to Derry~Londonderry with events taking place on beaches, at Derry’s Guildhall, village halls, cafes, arts centres, schools and even a secret garden across the border region.

To mark the 30thanniversary of Beckett’s death, the festival celebrates a selection of his late short plays with Pas Moi& Not Iand Ohio Imprompturunning in addition to the Morris works and also looks at the late work of other artists such as Schumann, Scriabin and Chopin in Saskia Giorgini’s piano recital while the late work of Aidan Higgins and Molly Keane is discussed respectively by their widow and daughter.

Commenting, co-curator of the festival, Sean Doran said:“It is fitting in this turning point year of Brexit that we begin our Arts Over Borders festivals with Irish historian Diarmaid Ferriter discussing his book The Border(July 25th) in the hallowed surrounds of the old Portora Royal School, Enniskillen, which was founded by King James in 1618 and became alma materto Samuel Beckett and Oscar Wilde.  The border itself looms large in our three festivals with the specially commissioned experiential performed reading of Nobel Laureate Samuel Beckett’s Waiting for Godotaround Sir Antony Gormley’s Tree for Waiting for Godot, first on an upland bog on the border between Fermanagh and Cavan in the Marble Arch Caves UNESCO Global Geopark from 27th-28thJulyand Malin Head on 17th-18thAugust. This is a wonderful bookending to the overall 2019 Arts Over Borders festival from the Fermanagh-Cavan border up to where the border disappears into the Atlantic Ocean between County Donegal and County Derry. The title for this event is All Mankind Is Us: Walking for Waiting for Godotwhere the audience is invited to walk 3 km to the performance. Vladimir’s quote in Godot ‘At this place, at this moment, all mankind is us’sums up best the importance for an international arts festival to take place on both sides of the Irish and UK border in these times”

The Arts Over Border festival follows a bespoke format which takes its inspiration from the genius of a single artist and is curated with a strong sense of place, both rural & urban, throughout border communities and landscapes.

The three festivals getunderway on 25thJuly with events across a range of locations until 18thAugust 2019. Tickets are currently on sale for the Happy Days Beckett Festival and A Wilde Weekend, with tickets for Lughnasa FrielFest available soon. More information and bookings can be made at http://www.artsoverborders.com/

For further information or to arrange an interview please contact Lyn Sheridan, Caroline Murphy or Grace White on 02890663000 or lyn@aikenpr.com

Filed Under: 2019, In the News
Tags: Arts Over Borders
The Guardian : Arts Over Borders: Brian Friel festival puts Brexit centre-stage
The New York Times: What Do You Get When You Cross Mark Morris With Samuel Beckett?