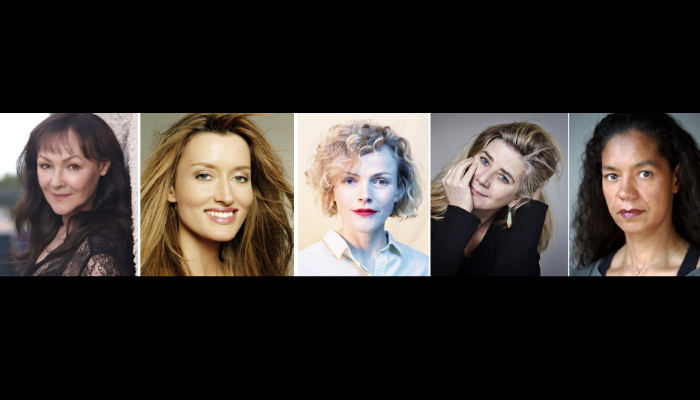 ARTS OVER BORDERS:  FROM DERRY-LONDONDERRY TO DONEGAL

Arts Over Borders will present a series of unique open air presentations of Homer’s The Odyssey on nine beaches that stretch along the Atlantic coast between Northern Ireland and the Republic of Ireland, from 9-19 August 2018.

Five female actors including Frances Barber, Natascha McElhone, Maxine Peake, Imogen Stubbs and Jaye Griffiths will take part, each reading from different episodes of The Odyssey, the first female actors to be cast in Homer’s epics for over 2000 years. The text is Emily Wilson’s brand new translation, the first in English by a woman. The events, staged in pavilions on the beaches will include Greek food and live Greek music.

Alongside the beach Odyssey, Belfast actor Niall Cusack will lead the readings in Derry-Londonderry in English, Greek and Gaelic, of Homer’s other great epic, The Iliad, the story of the Siege of Troy. The readings will take place over three days, Friday 10, Saturday 11 and Sunday 12 August, around the Walls of Derry to the live soundtrack of the annual Apprentice Boys marching bands celebrating the city’s own famous siege in 1689.

The performances are part of the Lughnasa FrielFest, a festival inspired by the literary heritage of Brian Friel, perhaps Ireland’s greatest dramatist, whose passion for Homer is celebrated here. In the words of Jimmy in Friel’s classic play Translations: “Hah! Sure Homer knows it all boy. Homer knows it all.”

Other highlights of the FrielFest include over two weekends, (10-12 August and 17-19 August), promenade readings of Brian Friel’s daring four act monologue masterpiece, Faith Healer (1979), featuring amongst the casts Tamsin Greig, Alex Jennings, Rory Kinnear and Laura Donnelly. The readings will take place in village halls across Donegal, with the final act in the Ballroom of the Highlands Hotel in Glenties, the town where Brian Friel holidayed as a child and is now buried.

Arts Over Borders was founded by leading Irish curators, Seán Doran and Liam Browne to develop new multi-arts models that take as their inspiration the genius of a single artist, curated with a strong sense of place, both rural and urban, throughout border communities and landscapes. Arts Over Borders grew out of the success of festivals created over the last six years celebrating Beckett, Friel and Wilde in Ireland’s border counties.  This year in addition to the FrielFest, Samuel Beckett will be celebrated in Happy Days, International Beckett Festival in Enniskillen.

Seán Doran, Co-Founder and Curator of Arts Across Borders, said today. “We passionately believe in the power of arts to transcend boundaries, whether geographical, social or political, especially in these crucial border communities as we move towards Brexit. We have chosen Homer’s two great poetic epics to sit either side of the border: the Odyssey being to Donegal – the country with Ireland’s longest coastline – as the Iliad, epic of all epics, is to Derry-Londonderry – the city with the longest siege in British and Irish history.”

Filed Under: 2018, In the News
RTE Culture : All-star line-up for Beckett and Friel festivals
“Broadway World” – Arts Over Borders Presents Open-Air Productions of Homer’s THE ODYSSEY