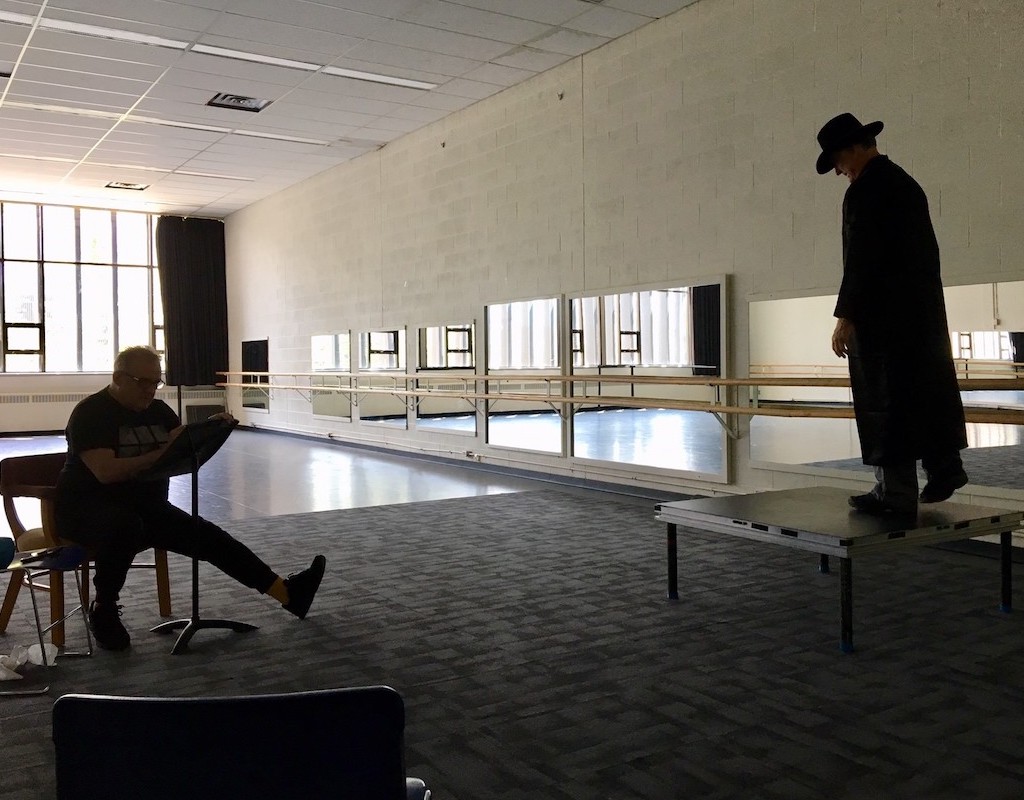 This is New York choreographer Mark Morris’s first production in the work of Samuel Beckett. Experience three of Beckett’s most touching, eloquent and literally moving works in the hands of one of the greatest contemporary creative artists of our time.  Set in different Enniskillen environments, you’ll want to catch all three!

Catastrophe (1982) is a one-act play originally written in French, and then translated to English by the author. The play premiered at the Avignon Festival, and was dedicated to Czech playwright Vaclav Havel, the imprisoned leader of the Velvet Revolution and later President of Czechoslovakia. The literal meaning of catastrophe is ‘turning point.’

“Come and Go is perfect in that the structure of it is like the infinity sign, and the piece, although its very brief, could be repeated infinitely … it’s very much like the other pieces that I’m presenting, Quadand Catastrophe, there’s a sort of an infinity that’s implied by the situations of all three of those pieces.”

~Mark Morris on Come and Go

“Catastropheis a surprise to me in that I started working on it, reading it, it seems very clear what should happen. However people want to go politically or psychologically with the piece it’s quite clear what’s going on. But also, it’s a relationship of the big fish eating the smaller fish forever, and it’s unusual in the fact that it’s a play that is a rehearsal of a play that we never really see. There are so many levels of reflection and refraction in it that even though it’s as brief as can be, it’s a very satisfying question mark of a piece.”

***Booking is essential as capacity is limited for this event***

Catastrophe (1982) is a one-act play originally written in French, then translated into English by the author. The play was premiered at the Avignon Festival and dedicated to the Czech playwright, Vaclav Havel, the imprisoned leader of the Velvet Revolution and later President of Czechoslovakia. The literal meaning  of catastrophe is ‘turning point.’

QUAD (The Regal)
WILDETHEATRE: AT HOME WITH OSCAR WILDE