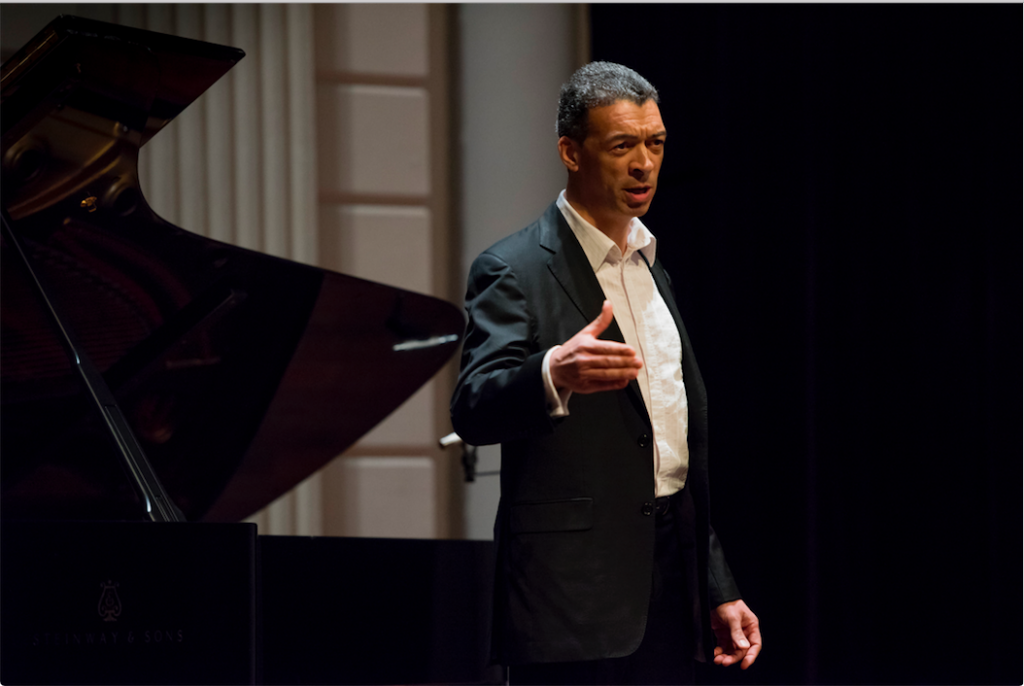 This event is kindly sponsored by Festival Patron Joanna McVey

IT MAY BE JULY, but a performance of Schubert’s Die Winterreise– Beckett’s favourite piece of music – has been at the heart of the Happy Days programme since its inception. This year we’re thrilled to welcome internationally admired and acclaimed, and world’s most sought after, baritone, Roderick Williams OBE, accompanied by Julius Drake. Schubert’s lieder has been performed at many of the world’s leading concert halls and this performance, taking place in the magnificent acoustic of St Macartin’s Cathedral, is sure to be a festival highlight. Sung for the first time in English at the festival.

Roderick Williams is one of the most sought after baritones of his generation.  He performs a wide repertoire from baroque to contemporary music, in the opera house, on the concert platform and is in demand as a recitalist worldwide.

He sings regularly with all the BBC orchestras and all the major UK orchestras, as well as the Berlin Philharmonic, Deutsches Symphonie-Orchester Berlin, Russian National Orchestra, Orchestre Philharmonique de Radio France, Ensemble Orchestral de Paris,  Accademia Nazionale di Santa Cecilia in Rome, Cincinnati Symphony, Music of the Baroque Chicago, New York Philharmonic  and Bach Collegium Japan amongst others.   His many festival appearances include the BBC Proms (including the Last Night in 2014), Edinburgh, Cheltenham, Bath, Aldeburgh and Melbourne Festivals.

Roderick Williams has an extensive discography. He is a composer and has had works premiered at the Wigmore and Barbican Halls, the Purcell Room and live on national radio. In December 2016 he won the prize for best choral composition at the British Composer Awards.

In 2015 he started a three year odyssey of the Schubert song cycles culminating in performances at the Wigmore Hall in the 17/18 season and is now in the process of recording them for Chandos.

ALL MANKIND IS US: WALKING FOR WAITING FOR GODOT (NI)
COME & GO / CATASTROPHE (Enniskillen Royal Grammar)