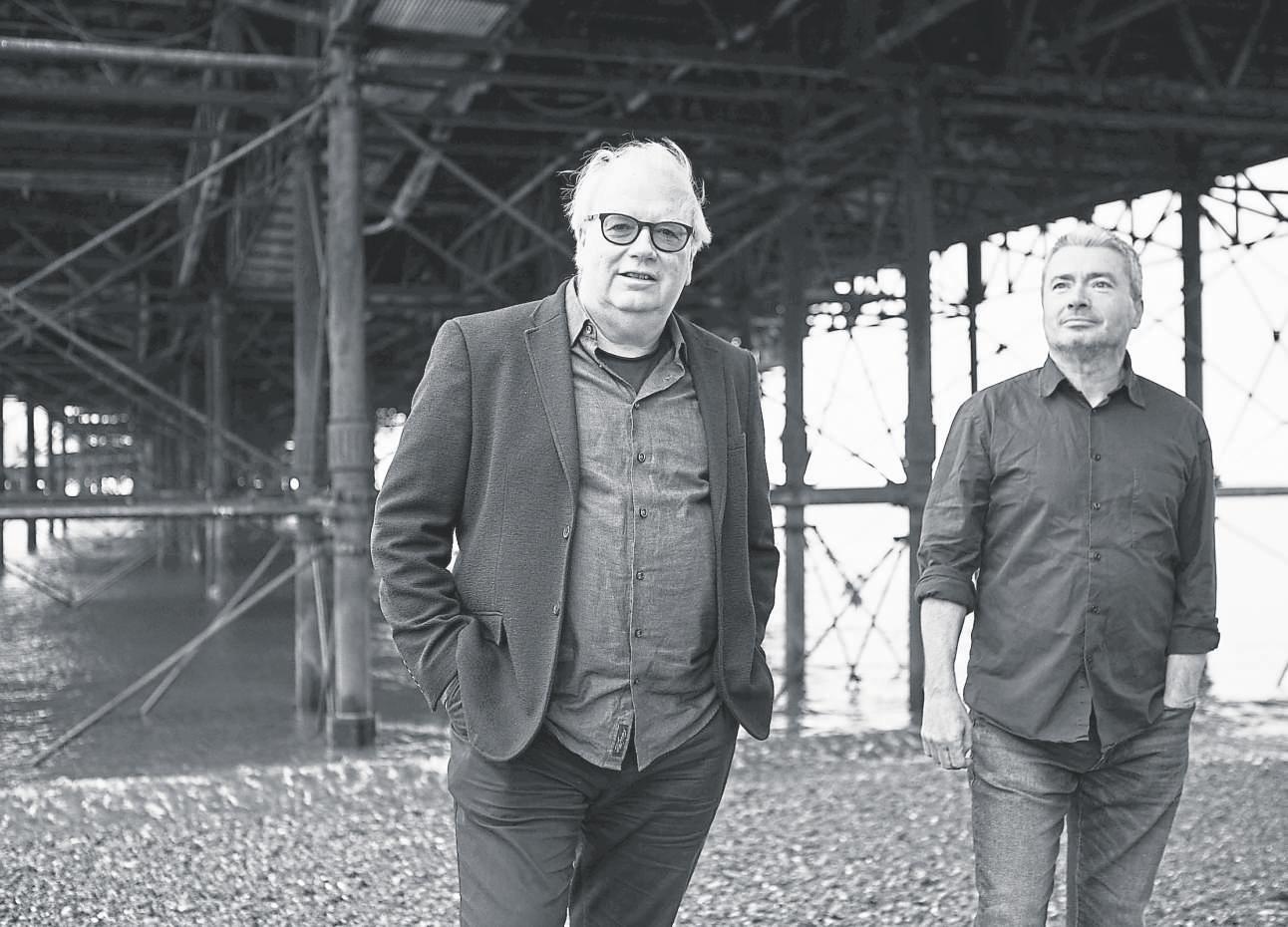 THE Happy Days International Beckett Festival will be celebrating its 10th anniversary as it returns to Enniskillen this summer after a two year hiatus due to the pandemic. Presented by Arts Over Borders, the festival, which pays homage to Irish novelist, playwright and poet Samuel Beckett through arts and literary events based on his works and life, will run from Thursday, July 21 to Monday, July 25.

Looking back on ten years Created by curators Seán Doran and Liam Browne of Doran Browne, this year’s festival will look back on the 10 years of the Happy Days Festival, with plans to bring back favourite events from past festivals. Speaking to The Impartial Reporter, Seán gave examples of what events will be returning for the anniversary. He said: “Walking for Waiting for Godot, where the bus would take the audience from Enniskillen down to the Marble Arch Caves Geopark and they’d take a 4km walk across the field and meadows around the hill to the Antony Gormley tree.

“And the Ohio Impromptu directed by Adrian Dunbar out on Devenish Island each sunset.” The festival will open on the evening of Thursday, July 21 with a concert featuring Liam Ó Maonlaí from the Hothouse Flowers. An eclectic range of events will follow over the course of the festival weekend. Seán outlined: “On Friday, July 22, we have the opening recital what we are calling the Beckett Schubertiade, which is Beckett and Schubert with Dame Sarah Connolly, the Mezzo Soprano.

“We will have readings from various actors. Toby Jones, the well-known film actor has confirmed. There will be others as well. “Will Self, the writer, will give the 10th anniversary address and Winterreise will be sung by Fleur Barron on Monday, July 25 to close the festival. She will be coming straight from the opera festival in Provence to Enniskillen,” he told this newspaper.

Along with the return of favourite events from over the years, there will be new events to excite Beckett enthusiasts. “There will be a presentation of Beckett’s letters with special permission from the Elliot estate [which] is directed by Alan Gilsenan, the Dublin based film documentary maker,” said Seán, noting that this will be a world premiere.

He also plans to bring the work of poet TS Eliot into the mix of Beckett for this year’s festival. “We [Doran Browne] recently finished a festival in London over 22 churches, to mark the centenary of [TS Eliot poem] The Waste Land and it was commissioned by the TS Eliot Estate. “We created a sound installation of the poem with French composer Pierre-Yves Macé,” explained Seán, noting that it is a 40 minute piece with many elements including 10 waltzes, from a nine year old girl at primary school in London to a 90-year-old actress.

“It’s really wonderful and unique. We want to bring this to the premiere in Enniskillen, we’ll seek permission from the estate.” “Another commission of The Waste Land is a film of a reading of the poem by five actors, but it was created in a very Beckettian style. It involves Dame Harriet Walter, Imogen Stubbs, Rory Kinnear, Jade Anouka and Colin Salmon,” he added.

Talking about the importance of the festival’s return this year, Seán said: “After a two year absence the trustees of the board of the Arts Over Borders really felt the sense of importance to come back this year and begin a next decade as it where. It’s a kind of a pivotal point in the direction we are going to plan. “2022 and 2023 mark 100 years of Beckettin Enniskillen because he was of course in school from 1920 to 1923. [This year’s festival also marks] a centenary of Beckett’s association and presence in Enniskillen. “More than anything else it’s coming back in a compact way and being back to start again. That’s the key goal,” he told The Impartial Reporter.

Filed Under: 2022, In the News, News
Dunbar to show off vocal skills in drama as singing retired detective
Searching is in progress