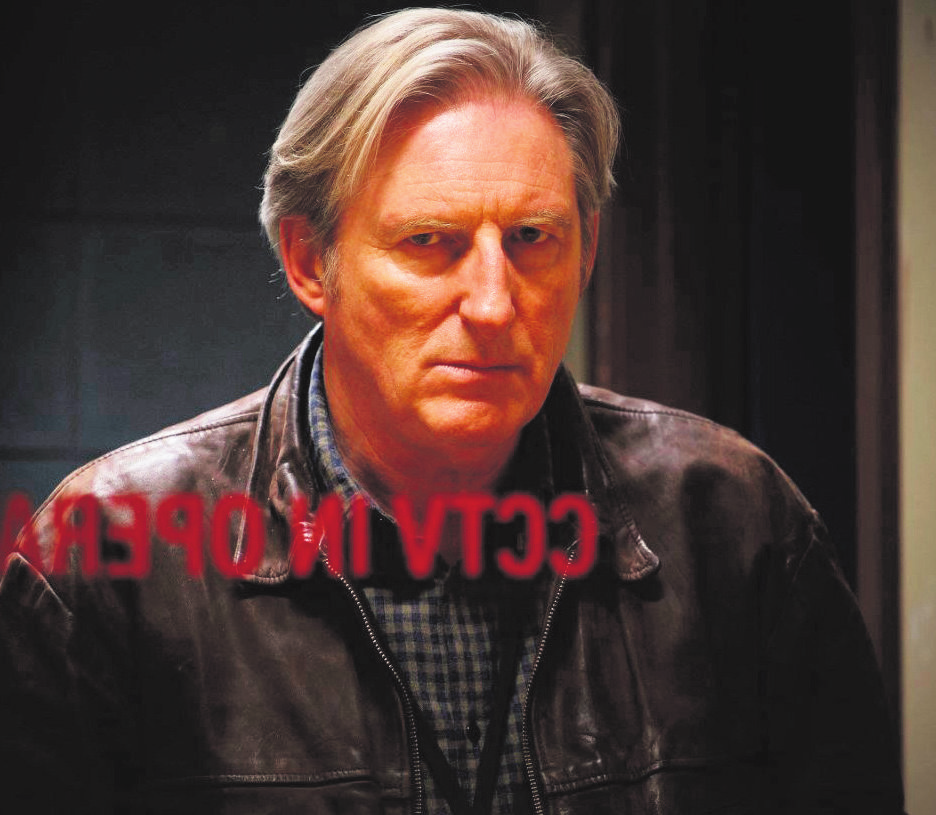 LINE of Duty star Adrian Dun- bar has revealed that he will be putting his singing skills to good use in his latest TV crime drama Ridley. The Co Fermanagh man, who fronts the band Adie Dunbar and the Jonahs as a music sideline, plays a retired detective who co-owns a jazz bar in the upcoming ITV drama.

Dunbar’s character, who works in a consultancy role after leaving the police force, occasionally performs at the jazz club, singing the songs of Sheffield artist Richard Hawley. And the actor, back home to launch the Happy Days Enniskillen Beckett Festival, said he was excited for viewers to hear him sing in the prime-time fourparter, which is expected to air later this year Speaking to the Belfast Tele- graph, Dunbar said: “I play a retired policeman whose wife and daughter have died tragically in a fire, which is an ongoing storyline throughout.

“Beyond that, it’s a whodunnit with a format similar to the ITV crime drama Vera, but there are some slightly different things about it. “My character owns a jazz club with a friend and now and again, he gets up to sing a few bits; mainly Richard Hawley songs. “It was great fun to do and I’m really excited to see it. I hope it goes down well with the viewers.” Ridley was filmed in Lancashire earlier this year and also stars fellow Northern Irish actor Bronagh Waugh as DI Carol Far- man, the retired detective’s former protégée.

‘My character owns a jazz club with a friend and now and again, he gets up to sing’

When she is given a twisted murder case to work on, she turns to her one-time mentor for support. “I loved working with Bronagh, she’s wonderful and such good fun,” he said. “We had a great time shooting Ridley and we’re both keeping our fingers crossed for a second series.” The co-writer and star of the 1991 film Hear My Song, best known for playing Superintendent Ted Hastings in Line of Duty, also said there was a strong possibility that the hit BBC One drama would return for a seventh series.

But he said if another series did go ahead, he believed it would be on a smaller scale. “We know that viewers would like us to do something else with Line of Duty and there is a possibility of that happening,” said Dunbar. “I can’t say what the format would be, but I don’t think it would be another six episodes; maybe something smaller.” Since its launch 10 years ago, Dunbar has been involved with the Happy Days festival and this year will reprise his role as director of Ohio Impromptu.

The 12-minute two-hander, featuring actors Vincent Higgens and Lalor Roddy, will take place on Devenish Island from July 22 to 24 and is set to be a highlight of the literary festival which celebrates Samuel Beckett. Dunbar, who fronted a BBC Four documentary called Searching for Sam, became fascinated with the Irish writer while a student at Guildhall School of Music and Drama in London.

And he says he remains “moved and inspired” by the man behind works such as Waiting for Godot, Endgame and Happy Days. “Ohio Impromptu is a wonderful experience,” he said. “It’s a small experience because only 24 people at a time can see it in the tiny visitors’ centre on Devenish. “We take the boat from Enniskillen to the island, watch the play, then have a drink on the way back. It’s a lovely experience as well as being a wonderful piece.

“When I first watched a production of Waiting for Godot, I was about 19 or 20 and at that point I got really interested in Beckett. “It really moved me, and I didn’t know why I was so moved by watching a production of something that ostensibly doesn’t have a narrative. “But it’s extremely moving because it’s talking about the human condition.” Dunbar said he was fascinated by Beckett’s work with prisoners and admired him greatly, not just as a writer, but as a person.

He also said he found it interesting that a man who shunned the limelight throughout his life was still attracting attention so many years after his death. “Beckett’s work endures because it deals with real, difficult fundamentals of life that we don’t really ask ourselves,” he said. “It’s difficult dealing with those fundamental questions but if you go in there with him, it makes you really want to grasp hold of life itself and celebrate it rather than seeing them as depressing experiences. “I find his work incredibly moving and exhilarating.”

The Happy Days Enniskillen Beckett festival returns for the first time since 2019 and runs for five days from July 21 to 25. Also on the bill are Toby Jones, Liam O’Maonlai, Tadhg Murphy and Fleur Barron. Other events include Walking for Waiting for Godot around sculptor Antony Gormley’s tree and INFRERNO starring Clara Simpson. Booking is now open at Ardhowen Theatre, www.ardhowen.com with most tickets from £5 to £15.

Filed Under: 2022, In the News, News
The Irish Independent: How The Arts Unite Us As One
100 years of Beckett and 10 years of festival set to be celebrated
Searching is in progress