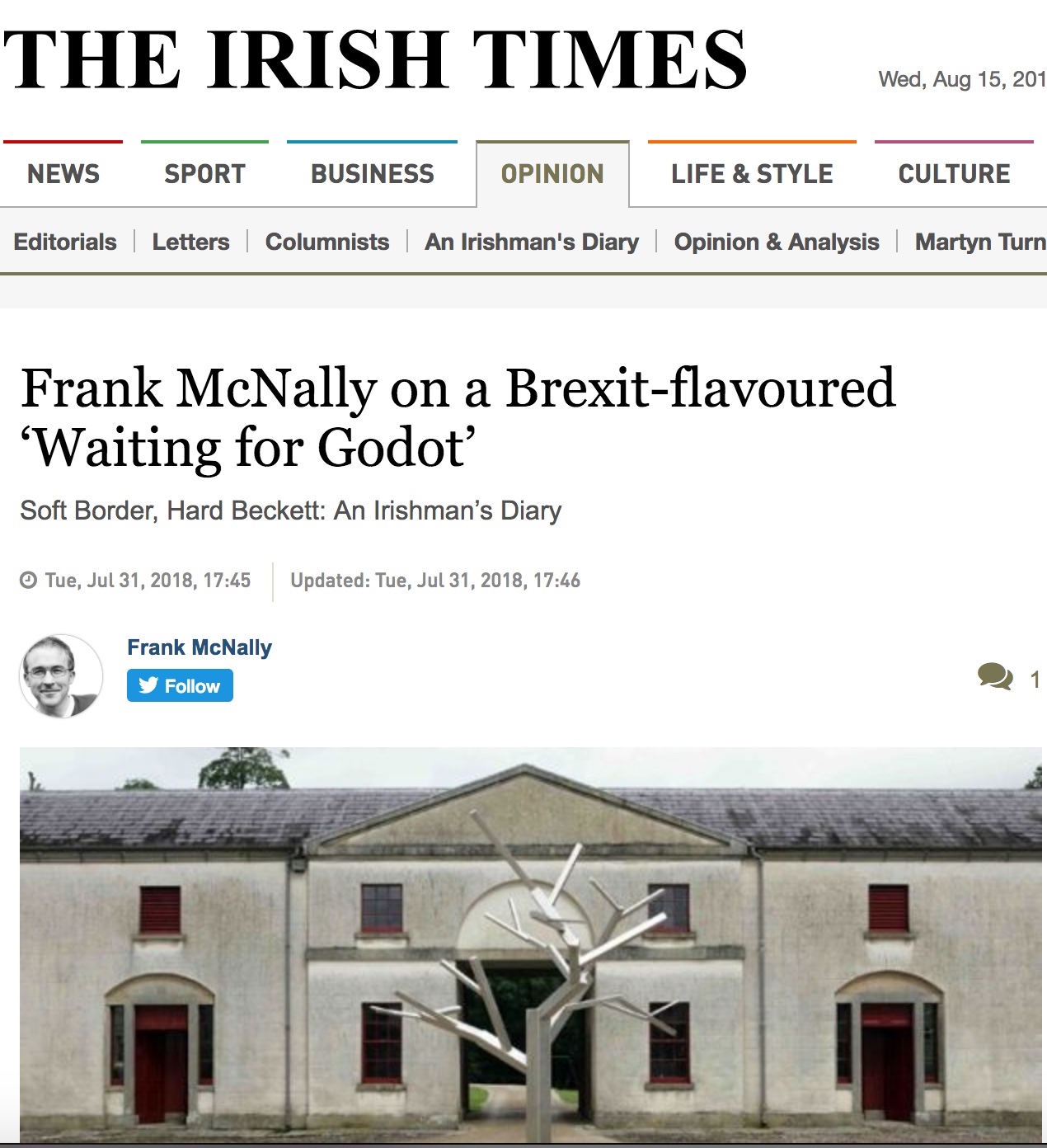 Frank McNally on a Brexit-flavoured ‘Waiting for Godot’ The porousness of the Border has been much discussed in recent times, but it will be dramatically illustrated in coming days by a production of Samuel Beckett’s Waiting for Godot.

What is described as a “rehearsed reading” of the play takes place, starting this week, on a hilltop at the frontier between Cavan and Fermanagh. And among the event’s many unusual aspects is that it will feature what could be described as an all-star karst.

Karst is the geological term for limestone landscape eroded over millennia into fissures, sinkholes, caves, and other cavities. The example under the stretch of Border in question is considered among the best on these islands, having produced the Marble Arch Caves and the Unesco Global Geopark, which now transcends the political boundary, above and below ground.