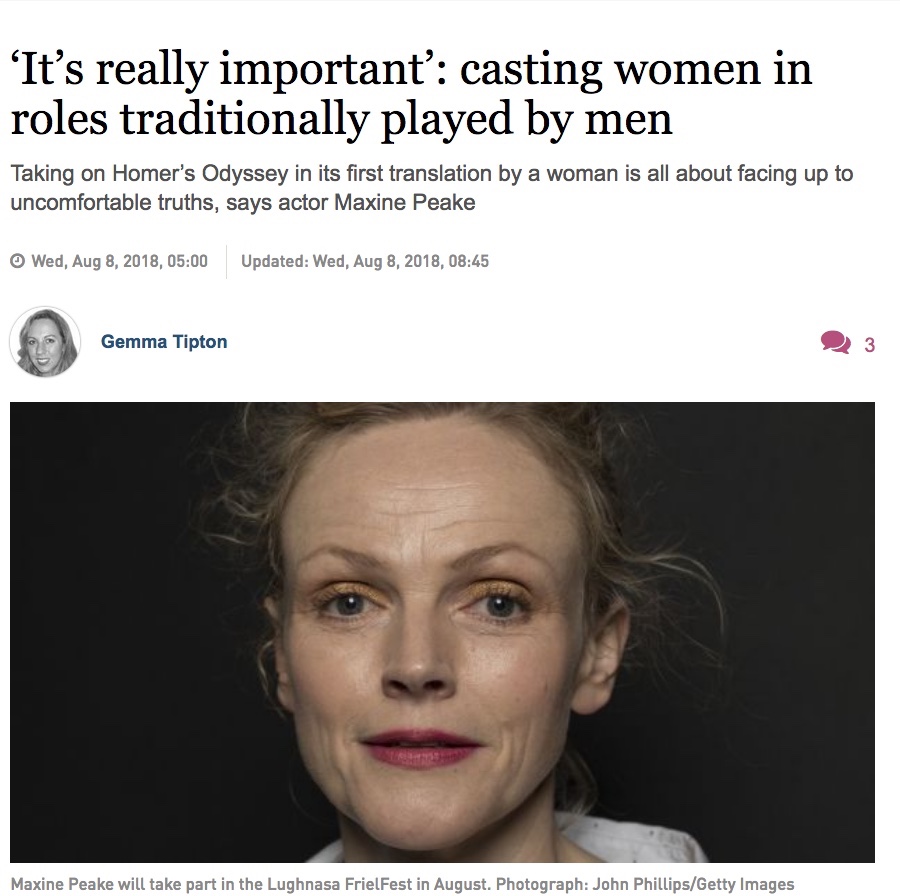 Taking on Homer’s Odyssey in its first translation by a woman is all about facing up to uncomfortable truths, says actor Maxine Peake

Maxine Peake and I are discussing uncomfortable truths. “As a human race, we’re pretty despicable,” says the acclaimed actor, famous for roles from TV’s Shameless and Silk to playing the lead in Hamlet on stage. “We’re wonderful as well. Nobody’s perfect, and we must never turn our backs on that,” she continues, with an optimism that seems never far from the surface.

With misleadingly fragile and delicate features, and large expressive blue-grey eyes, Peake is no stranger to dark characters. She took on the role of Moors murderer Myra Hindley in the miniseries See No Evil. “There are stories that need to be told,” she said in an interview at the time.

We’re speaking ahead of Peake’s next role, reading episodes from Homer’s Odyssey on the beaches of the northwest of Ireland, from Donegal to Derry. The event is part of the Lughnasa FrielFest, which for the past three years has been elided with the Happy Days Beckett festival, to create a cross-Border celebration of two of Ireland’s most acclaimed writers.